The Traditional Western Rosary
Most commonly recognized  as a symbol of Catholicism, other religions including Buddhism, Hinduism, Paganism and Islam employ rosary bead traditions as well. An Ancient Eastern sacred meditation and prayer tool adopted by the Crusaders and imported to the western world after the First Crusade. The Rosary ( Latin for ‘Garland of Roses)’, is made of five sets of 10 beads with one bead spaced between each set for a total of 54 beads to complete the full circle. The 10 beads in each set are the Divine Mother Beads. The spacer beads between the sets are the Glory beads. Hanging below this circle of 54 beads is a pendulum of five more beads with an Icon or Cross at the bottom. These five beads are spaced so that there is one bead above the Icon, a space, three beads, a space, and a final single bead. The three beads in the set are Holy Mother Beads . The single bead below the set of 3 is the Lord's Prayer bead. The single bead above the set of three is another Glory bead (making a total of 6 Glory beads.       GoldenHawk 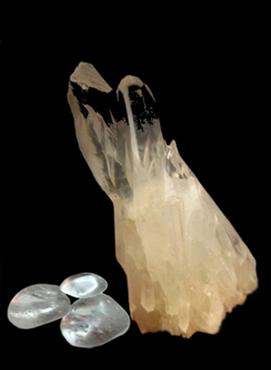 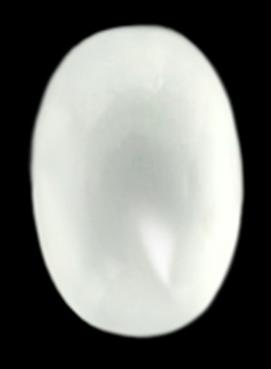 ​​Synergy of the Stones
​The combined or connected energy of these stones is wonderful and very powerful for bringing in a great deal of light and bio-physical energy. It brings a great boost to the aura and one's personal vibration, as well as grounding it into the Chakras, high to low, and the physical body. Your personal energy increases, with even more available, as it draws guidance to you and brings the psychic abilities you already have to your attention. In addition to this, it initiates a different type of protection: one that turns negative and unwanted foreign energies sent forward moving into a higher vibration, rather than deflecting negativity off you towards others. It also helps Empaths recognize what is not their own! A great booster for those highly spiritual, and gently effective for those new to the path.                                                GoldenHawk

Although I do not come from a Catholic family in this generation, I was highly aware of something that was different about my Catholic friends: Mary, the Mother of God and their beautiful Rosaries. They could touch and count their prayers and pray through the Mother. Soon after, while reading the Bible, I found the Goddess in Egypt. My childish heart and imagination was delighted. I had found the love of my life, Egypt, and other connected cultures, the stories, music, dance and art, the feminine imagery  and the beautiful jewelry! The Menat, painted in blazing brilliant gemstone colors, still bright and beautiful after thousands of years on tomb walls and in papyrus scrolls, recovered in their full glory, artifacts of precious metals and stones, the ’necklaces ‘themselves. Depicted on Deities, draped around Pharaohs and worn by Queens, as well as the common people was: the ancient and original form of the Rosary

The Menat comes from such antiquity, that it seems to have appeared full blown with the

highest civilization of the ancient world: Egypt. Almost weightless due to its balance, the Menat protected (and still does) both the front and back of the body. Unified in the feminine

and masculine attributes, the beads hold all in continuity. The Menat was gifted from Hathor

as an earthly representation of her powers and consisting of the center front shield piece,

beads (single to multiple strands), and a secondary shield or counter-weight piece in the

back. It was believed to actually create a direct channel for Hat-Hor (Hathor) herself to

power upon the wearer. As Hat-Hor (Hathor) is the eye of RA, RA grants  His protection and

Menats were traditionally made from many different materials. Those that have survived the
ages tend to be from metals such as gold, electrum, silver and copper and stone. Others were made of leather, sinew, seeds & shells, which were held sacred in their own right.  Another ancient form of the Menat is the Mala ( prayer beads) found in use  in Tibet and India from very early times.

Malas, or commonly 108 count prayer bead strands with a bead or icon representing an
intended deity, have been used in devotion and prayers, as well as for protection in the worship
of many Hindu, Buddhist & Tibetan deities. Featured largely are Mantras to the Goddesses of
the Masa-Devi, a feminine deity that is inclusive of 10 separate Goddesses, all who stand on
their own within their own powers as divinity. She is multi-fold and multi-faceted. The Divine Feminine principal here is so multi-faceted that one may consider it individualized. The Mala
will often have a single larger bead to begin the count or an icon of the deity or symbol used
for communication. This icon or symbol is believed to bestow the blessings and powers of
that particular deity upon that individual. The Mala  first appeared in Buddhist statuary as
​early as 300ce, the ancient Tibetian roots are  still lost in antiquity. 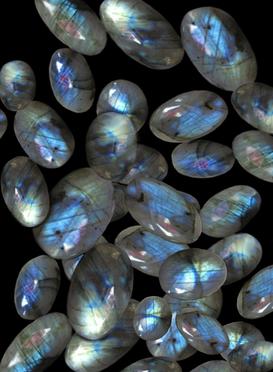 Early on in my work as a psychic and crystal healer, one difficulty consistently came up: obtaining stones, and a way to carry them on my person. Jewelry, my first choice; I often ended up wearing a selection of necklaces and several rings, often spending beyond my budget. Sherri Handley, my original metalsmith,  always happy to work with me on one of a kind pieces, every piece was still exactly as I made it. No way to change the stones, or metals! My Native American training offered a solution for part of the problem, the Medicine Bag. Several stones in a lumpy bag . The stones I needed were still difficult to obtain, often heavy and it didn’t go to well with much.However because Leather, like Silk and plastic, seals energy in, the stones were not releasing frequencies into my aura. I went back to my beads and began creating Amulet bags while Sherri and I tried more combinations in metal and stone. They were beautiful, with woven symbols & held the stones I wanted. The results were bulky and heavy, the materials expensive, and much of my time was consumed, but I discovered that a majority of people wanted the same symbols; the Goddess, Ankh, and Sacred Birds being
​most popular.
​
During that time, I was given my Grandmother’s best friend’s broken Rosary. I had some
ideas, but Sherri had become very ill, and could no longer work metal. I  lost my inspiration, and still had no Ankh. Searching for the ‘Perfect Ankh’ was disappointing and often had very heavy results! I was drawn to my grandmother’s best friend’s Rosary. My answer was found deep in the past, with the Rosaries origins: The Egyptian Menat.  I couldn’t find a Menat, nor could I find the ‘Perfect Ankh', except in museums! I knew exactly what I wanted for myself,
​my clients, and my students as well! It became all about finding the pieces. Searching for rosaries from vintage stores, estate sales, and eventually eBay for Mary Icons, charms, chains, and chapets add a jump ring and clasps to the back with just the right pendants. Then I found aromatherapy ‘lockets' that I could place beads, faceted gems and stone chips in, as well as crystals. They were light weight, easy to acquire and, finally, interchangeable! When I could find real gemstone Rosaries, it was awesome, but usually I had to repair and modify them … and the Icons weren’t right. The pieces were flying out the door to order, (sometimes taking months to make)! I was constantly behind.Then, we lost Sherri, and I stopped making jewelry for a few years, concentrating on my other work, and painting, painting, painting.

In 2012, I was reunited with Terri Riha, and she fell in love with my personal Menat, insisting
​ I start creating jewelry again. Terri went through my portfolio, started taking pictures and making phone calls. She was right. Everything was almost perfect. I had the paintings for the symbolism in my portfolio … and the Menat. I knew what was needed for the Amulet, with dozens of different stone combinations.  Next, was to produce them. So, I went to Sherri's family at Handley's Rock and Jewelry in Vancouver, WA.,  her Brother Tom, a 3rd generation Master Stone-cutter helped me bring together the supply and experts I needed. Tom cut all
​of the stones for the original sets himself, Arlene Handleys' famous wall of hand picked beads supplied the top quality faceted clear quartz crystal. The Menat has now re-appeared out of the mists of ancient antiquity, the Original solution.           GoldenHawk​